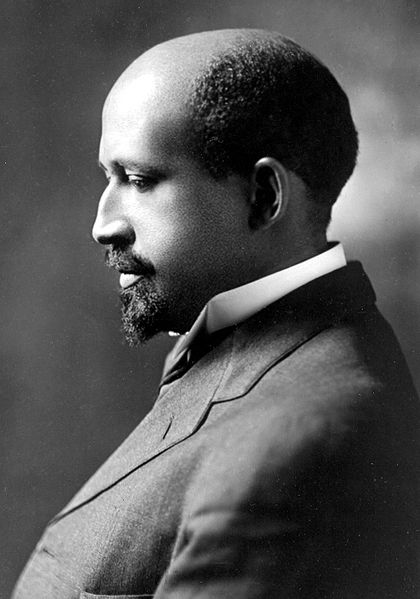 Well, Mr. Du Bois — oh, pardon me, Dr. Du Bois — it seems the problem you defined was too big for just the 20th century; we’ve carried it into the 21st.  For you and so many others who devoted lives of study and advocacy, who marched in protest, who lobbied politicians, who gave their lives, we offer our most shame-faced apology for not addressing your problem as fully as we should have.

From the outside, it might look like we’ve made progress, Dr. Du Bois.  We have an African-American President, what would seem like the ultimate final hurdle.  But, his ascendancy has, unfortunately, brought once-silent voices to society’s microphone.  It’s not just that there are white supremacist groups and hate-directed organizations of misfits; we have always had those and, sadly, probably always will.  But, as long as it was just the KKK and the Aryan Brotherhood and isolated pockets of inbreds, we knew what we were dealing with and felt protection under the law for our brothers and sisters of color.  No, the ones that scare us now are the ones we never would have suspected.

When suburban white boys brutally beat and kill an African-American man simply because of his race, when elected officials advocate books and ideas which promote the pro-slavery confederacy, when a politician refers to the President of the United States as a “tar baby,” when a major news organization refers to a gathering at the White House as a “hip-hop barbecue,”  then we definitely have not appropriately addressed the problem you prophetically outlined.

The sad part, Dr. Du Bois, is that the stories mentioned above all took place and hit the news within the last two months.  I so very much wish that I had to dig deep for these examples, but they were at my fingertips.

I recall stories within days of President Obama’s election in 2008 of flags flown at half-mast or upside down (the international signal for distress), of children on a schoolbus in Idaho chanting “Assassinate Obama,” of a black church in Springfield, MA, being burned to the ground within hours of the election, of students spray-painting racist statements against the President-Elect on a sidewalk at North Carolina State University, and of the nooses that showed up in many places, one of which was Baylor University.

On one hand, Dr. Du Bois, I’d rather the racists come out of the closet so we can see them.  A visible enemy is always less dangerous.  But, on the other, far larger hand, I feel saddened and embarrassed that elements in this nation have seemed to remain so doggedly attached to our racist roots.

Saddest of all, where is the public outcry?  Michele Bachmann’s political days should be so clearly numbered that the tick of the countdown clock is almost deafening.  Instead, she leads rallies attended by thousands.  Fox News should be required by the FCC to take the word “news” out of its name.  Instead they continue to be the frontrunner in cable news ratings.  People who hang nooses in reaction to the election of an African-American president should be charged with inciting hate and investigated by the Secret Service.  Instead they receive diplomas from a Southern Baptist University.

So, you see, Dr. Du Bois, it is not the Michele Bachmanns or the Doug Lamborns or the Roger Ailes who have so clearly let you down.  It is us.  It is the collective American spirit that is capable of watching these news stories without taking to the streets.  It is the parents and ministers who have somehow managed to make racism and religion compatible in their pea brains and then pass that warped vision of Christianity to children like a perpetual motion machine of bigotry.  It is the masses who choose to live in isolated fear rather than risk the horrible chance they might actually feel love for all humanity.

We are the reason why the problem of the 21st century is still the problem of the color line.  The only way I know to apologize to you, sir, is to ask myself, “What can I do to address this problem?  What part can I play in a solution?”  And hope beyond hope that others will ask the same.

This site uses Akismet to reduce spam. Learn how your comment data is processed.

Finally watched CODA last night, and I’m still thinking about it this morning. I highly recommend you watch (and so does the Academy - CODA won the Oscar for Best Picture). I knew it was a story about being a young woman who is the only hearing person in her family. What I didn’t know is how big a role music plays in the story and how heartwarming the story would be. If you don’t cry at a certain point in this film, then I’m pretty sure you’re a soul-less automaton masquerading as a human being for nefarious purposes. Seven thumbs up. #CODA #bestpicture #ampas #music
We have a serious problem.
Best brisket I have ever had. Bar none. Date day starts at Shotgun Willie’s in East Nashville.
Just a little Thursday morning meme dump.
We’ve lived in this house for two-and-a-half years. Only yesterday did Oliver discover it came with a catwalk.